How to Make a Spaceship – Julian Guthrie 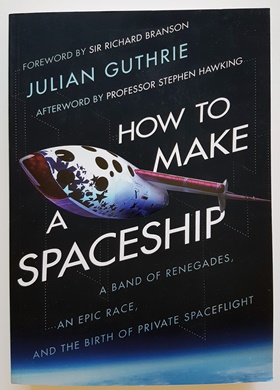 How to Make a Spaceship – Julian Guthrie

by BookPlaza (Verified)
There are no reviews yet.

The story of the bullet-shaped SpaceShipOne, and the other teams in the hunt for a $10 million prize, is an extraordinary tale of making the impossible possible

The independent online bookseller with own buying-and-selling operations. Based in Joburg.

The spectacle defied reason, the result of a competition dreamed up by entrepreneur Peter Diamandis, whose vision for a new race to space required small teams to do what only the world’s largest governments had done before… From the age of eight, when he watched Apollo 11 land on the Moon, Diamandis’s singular goal was to get to space. When he realized NASA was winding down manned space flight, he set out on one of the great entrepreneurial adventure stories of our time

There are no reviews yet.